Not just the pandemic: Why housing prices are skyrocketing, and what could come next

The Canadian Real Estate Association (CREA) reports that in March, the average sale price of a home in Canada was 31.6 per cent higher than it was one year earlier – a record by any measure – and nearly six per cent above what it was even in February.

There has been a slight pullback from those eye-popping numbers, but the trend is still clear in communities from the Maritimes to oil country to Sudbury, Ont. – homes aren't just more valuable than ever, they're gaining in value in a way they never have before.

Nathanael Lauster, a sociology professor at the University of British Columbia who studies issues related to housing, describes it as a "perfect storm" brought on by the combination of low interest rates and the COVID-19 pandemic, allowing would-be homebuyers to save more money than usual.

"We're seeing a lot of similar issues, all across the country … really boosting real estate prices," he told CTVNews.ca via telephone this month.

"You've got both the rise in demand and a rise in the supply of money to enable people to then put that [money] toward their desires, which is to either buy their first home or buy someplace that might be a little bit bigger."

Canada's largest cities, meanwhile, are showing up increasingly often on lists of the least affordable real estate markets in the world. In a report released last month, the Oxford Economics think tank looked at 25 metropolitan areas in Canada and the U.S. They concluded that the three least affordable are Vancouver, Toronto, and Hamilton, Ont. Los Angeles and San Jose – two areas that certainly come to mind when one thinks of expensive homes in the U.S. – are next on the list, with Ottawa in sixth place, ahead of Seattle and New York City.

It's no wonder that a recent survey from RBC found that more than one-third of Canadians between the ages 18 and 40 no longer believe they will ever be able to own a home.

Could NFT be the ultimate player advantage in online gaming? 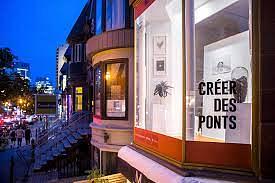