Having spent part of her childhood in Vietnam, Linh Le Kim recalls the regular pleas she’d make to her parents to take her to get some che after dinner. When one of them would give in, they’d ride together on a scooter to one of the casual spots where locals would convene to chat, while sampling their choice from the “bajillion different types” of the dessert soup, often served in a glass and eaten with a spoon. Served hot or cold, che, sometimes also considered a pudding or beverage, is dotted with various combinations of jellies, fruits, and beans, bobbing in a sweetened, milky liquid.

These days, Le Kim is a full-time software developer in Montreal who began cooking Vietnamese desserts at the beginning of the pandemic in an attempt to revisit these memories. She’ll now bring them to the public with a pop-up, called Ăn Chè Desserts, on July 21-23, at Bellechasse Street cafe Dans L’Espace.

Le Kim’s menu is short, featuring three options for che, and some xoi (glutinous rice balls — hers in pandan, black rice, and gac fruit flavours, and topped with mung bean paste and a dusting of sesame and peanuts). There’s the simple che — “it’s really the basic [style],” Le Kim says — including mung bean paste and lychee agar jelly, undulating in chilled coconut milk infused with orange blossom extract. For an additional 50 cents, Le Kim adds soft, chewy squiggles of pandan jelly, and for another 75 cents, one can get tapioca-coated water chestnuts that resemble pomegranate seeds.

Much of Montreal’s current che offering is confined to the aisles of its Asian grocery stores, where the soupy dessert, packaged in plastic cups, can sometimes sit for days, Le Kim says. The few Vietnamese restaurants that do sell it almost always stick to the popular “chè ba màu,” which translates to “three colour dessert.” (In Vietnam, the hued tiers can be made up of many different ingredients, but here, Le Kim says, it’s typically mung bean paste, a green jelly made using agar and food colouring, and red beans.)

“People here only really know that version, so they think that’s what che is. It’s a bit like pho, where people think that’s the only Vietnamese soup, but really there are so many others. So, I guess part of my mission is to clarify that,” Le Kim says. 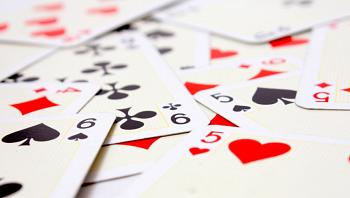