Roads, parking lots and sidewalks turned into skating rinks Friday and CAA-Québec spokesperson Annie Gauthier shares some tips for how to drive safely and minimize any potential car damage.

Drivers who don't need to go out before the freezing rain ends and the roads are salted shouldn't risk it. It will be slow-going and unnecessarily dangerous, Gauthier said.

People who have to drive should reduce their speed to below the speed limit, since winter tires (while mandatory in Quebec) are not enough, she said. 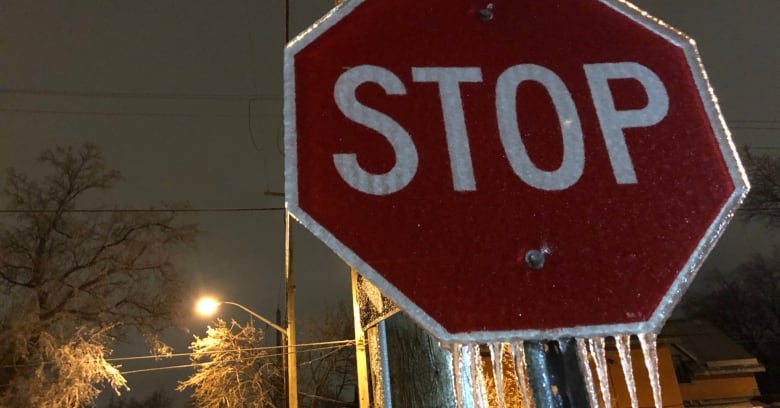 It will take more time to slow down and stop in freezing rain conditions. (Andrew Foote/CBC)

Give more space to the car ahead and signal early when turning and changing lanes. The slippery conditions mean cars need more time to slow down and brake.

It's also best to make eye contact with other drivers and pedestrians before turning, she said.

What to do if you lose control and enter a skid: 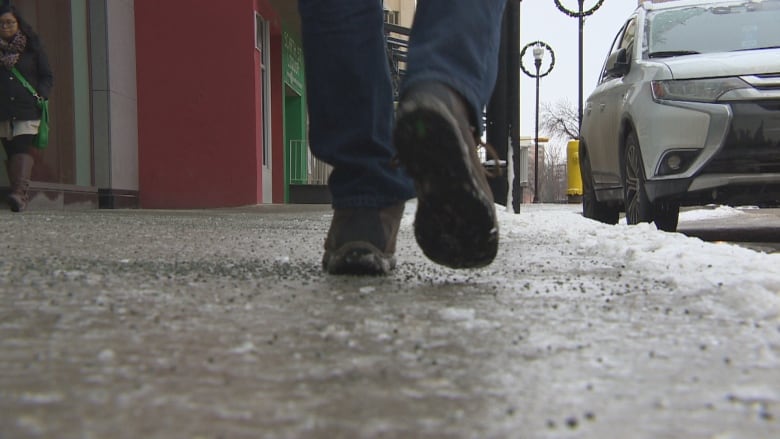 Windshield wipers: up or down?

The CAA also advises against raising windshield wipers when the car is parked. Freezing rain can damage raised wipers over time, affecting the tension of their springs.

The damage can then prevent the wipers from making full contact with the windshield, Gauthier said.

This makes the wipers less efficient and reduce visibility during storms. The weight of the freezing rain can also suddenly knock down the wipers, which could cause a crack in the windshield.

So while it may take more time to de-ice a car, keeping wipers down while parked is better in the long run, Gauthier says.

The CAA suggests turning on a car's heating before scraping it to help melt the ice on the windshield.